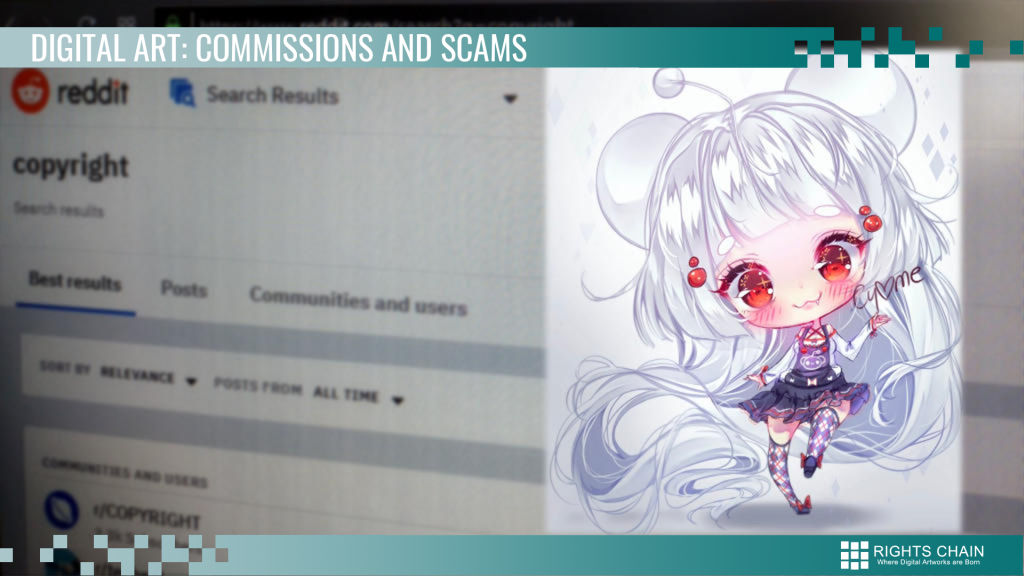 I have been contacted, and comments were made on Instagram, about how the mentioned Artist's reputation has been compromised.

After some research, I found posts about the above statement. Therefore, here is the reason why I will not be shutting down this article at this time.

Materials online says that Cyome is a scammer and she doesn't get her work done.

In our experience, false.

The icon for this article has been commissioned and we had no issues is requesting and obtaining the commissioned image, with great satisfaction when it comes to the result.

I am not aware (actually - even if I was, I wouldn't share) of reasons that could lead the Artist to avoid giving feedbacks about the issue. But I am aware there may be reasons beyond our reach taht can cause delays or issues. Scamming (and stealing money for that reason) is a serious offence that should follow legal actions, not rants or posts over forums or social media channels.

I neither find a good reason to remove the content - that shows a real issue and real problem threatening art - nor will pursue any action that might discredit the artist herself.

We are sorry to hear about what happened and at the time consider it only "rumors". Should evidence arise about those rumors, it will be our duty at Rights Chain to investigate and, eventually, take down the post.

I am more than likely open to information and discussions throughout my social media accounts, please do feel free to use any of them to contact me.

Thank you kindly for your understanding.

After spending almost my whole professional career in information security, events like scams and phishing shouldn’t be anything new. And sadly, it’s not: I might be able to report at least one event every single day.

This time I observed a scam/impersonation event on Instagram, where an artist I have been following for quite some time now has been scammed by someone on Reddit.

Her screen name is Cyome and she is getting close to 60k followers as of the day of this post's publication on Instagram alone. On 7th February on her Instagram story passed an announcement where she warned her followers and fans about someone else impersonating her on another social media channel, using her Artwork as portfolio and allegedly selling and promising services providing nothing in return (you may see her announcement on Instagram here), damaging her reputation as someone who doesn’t honour a “contract”.

During the next hours she’s been actively posting updates about which are her official social media channels. It also showed up how the scammer did confirm that someone did really pay it (yes, I will refer to a scammer as a thing).

Scam and phishing events happen constantly on daily basis, but the effect on someone’s reputation can be quite tough, and most of the times it’s annoying and time wasting. Being an Artist and having an important follower base (thousands of followers on any social media channel) could make you a target for many kinds of “social engineering” attacks. Some of these might be:

All the above are illegal in most countries of the world but fighting with it is not as easy and requires a massive effort.

The happy ending of the cited event is the Artist was able to have the scamming profile removed from Reddit and (as far as it’s known) no further consequences have been reported. As a side note, when searching for the scamming account name (“cyomee_”) the social media returns an explicit error, probably because the query keyword has been blocked.

The above event brings me to few considerations.

The first one is about Copyright Infringement, whereas we can see both moral rights infringement when it comes to her reputation on-line (which gladly is highly supported by her fans) and economical damage: the scammer admitted having been paid by its victims.

The second one is about the fragility of the social media verification systems, where anyone can publish anything without a real control of what is going on. The issue here, in my opinion, is not the freedom of sharing, but the lack of tools that legitimate Authors and Artists could use to protect their work and reputation.

Last, but not least, is my perspective as an end-user: am I getting an original artwork? Who assures me the work I got comes from who I commissioned it to; which turns into: is she/he really who she/he claims to be?

At its core business, in Rights Chain we are developing a set of services to help Authors and Artists protecting their Art and rights as creators, hence my interest in the event and what happened (and I won’t stop investigating or working on our mission).

I would like to thank the Artist mentioned in the article. You can find her works at the following links:

The above analysis has been performed by the author of this article and has not been endorsed or commissioned by any of the mentioned parties.

The Artist mentioned in the above article has been informed and approved the text as-is. Headline’s original Artwork "Reddit-Chan" by Cyome used with permission of the Author: all rights of the Author reserved (C) 2019, Cyome.