Bowser, Bowsette, Nintendo and FanArts: how much are fandoms worth? 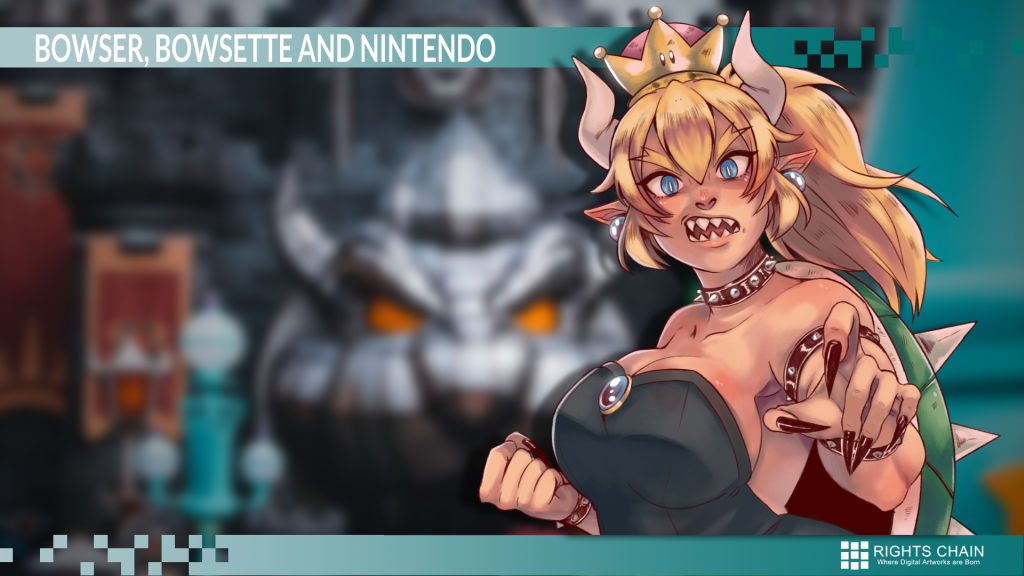 The whole story is a follow-up on Nintendo's September 13th announcement of the new version of Super Mario Bros. U Deluxe, in which new playable characters were announced, among which is Toadette. Toadette, after getting a super crown, becomes "Peachette". Soon after, there was an escalation within the fandom, eventually leading to the publication of a short comic on Twitter a few days later (September 19th) which marks the beginning of a new online craze, with Mario and Bowser as protagonists... in which Bowser uses the "super crown", turning into Bowsette.

It's been a few weeks since the "Bowsette" phenomenon exploded on the web, with fanarts of all kinds and styles. Thousands of illustrations were published on Pixiv, Twitter and other social media in the span of a few days, so much that Bowsette has become one of the top trending hashtags.

We already talked about fanarts and their legality in terms of copyright, but since we like focusing on the contributions of Artists through their Artworks, we gladly return to the topic.

How much is the Bowsette fanart phenomenon worth?

It's hard to quantify the value created by this phenomenon, but I will attempt to analyse it based on some research I made.

Several magazines and newspapers reported that the Nintendo stock value increased by 2% thanks to this phenomenon. If this were true, it would mean that the value of the Japanese company increased by something like 4 billion Euros (more or less).

In truth, this increase most likely occurred thanks to the announcement of the Nintendo Switch on-line features. However, for the sake of this analysis, let's assume that about one thousandth of this increase is really due to "Bowsette": we're still talking millions of Euros. And bear in mind that theseare all fanarts, which means they're free contributions by the artistic community.

A few days after the "Bowsette" phenomenon, during an interview by J-Cast, the Japanese company has chosen to refrain from commenting on the whole situation. On September 28th, Ars Technica published an article in which Nintendo itself states they had already thought of Bowsette before it became a mass phenomenon thanks to its fandom.

Once again, the timing is interesting: a Twitter user posted a picture of a character closely resembling Bowsette, appearing in the book "The art of Super Mario Odyssey" published by Nintendo itself on September 28th.

This phenomenon, which is nothing new, shows how the Internet is changing things for big players as well. A successful phenomenon such as this one has an enormous impact, but it looks like the only ones to get some recognition are precisely the Artists involved in this game.

It kind of makes me wonder how the EU copyright reform intends to contribute to this, but let's say it's a different topic.

Nevertheless, it's clear that the Artworks created by Artists from all over the world are contributing to add to a wide market and they deserve tools to help them manage their creations.

On that matter, Rights Chain already has services available for the registration of creation date and time of the illustrations, to fight the problem of time and date of publication, for non-public works as well, precisely to protect one's own idea, before someone else can somehow take advantafe of the Author's work and profit from someone else's work.